explaining how your country works

What do you know about the British political system?
But first, what about the 'political geography' of the country?
Here's a good question from Woodlands Junior school in Kent:


The difference between the United Kingdom (UK) England, Great Britain (GB) and the British Isles

When it comes to your country, can people from other countries understand its political geography?
Does your country 'make sense' to other people?!
Has your country always had the same borders as it does today?

The same website tells us a little more about the British political system.
Any ideas about how it works?

And what about the United States?
What do you know about the political system in the USA?

And it seems very complicated, but the BBC again makes it clear: 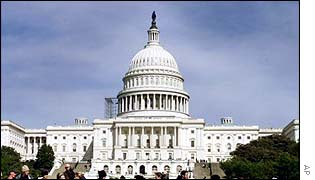 The US mid-term elections could see a shift in political control. But how does the US system of government work? Here, BBC News Online explains the divisions of power, the elaborate electoral system and how it ties in with the US constitution. Click on the links to find out more.

And what do you know about political attitudes and values in Britain?
Who has been the most influential politician for over 60 years?
And what were her political attitudes and values?
Here's an interview with her from 1977 where she makes her views known. What main points does she make and do you agree with them? Would you call her 'the most influential politician for over 60 years'?

And there's another interesting interview from when she was Prime Minister [thanks to Headway]:
Lesson 12: Articles | Learning English

Finally, what do you know about political 'values' in the United States?
It's a very controversial thing there:

Your voice to help protect Family, Faith, and Freedom.

Posted by Jeremy Woodward at 06:33

Should you find any material (text or images) which you consider copyrighted please contact this blog and this will be removed.